Pat Nicholls has volunteered as a ward helper at The Hospice for 35 years.

She also now volunteers at the St Helena book shop in Frinton, although having a break at the moment due to the challenges of COVID. Pat shares her memories… 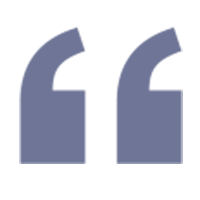 Before St Helena Hospice opened there was a lot of publicity and I remember going to a couple of meetings in a church hall on North Hill. I am not really sure why I volunteered; I had not lost anyone to cancer and I had a strong dislike of hospitals, but I felt that it was something I could help with.

We had a series of training sessions on things like making beds, lifting patients, helping with feeding, and what it would be like for someone to be a patient.

My first shift as a ward helper was the week after we’d opened. It wasn’t at all what I was expecting, in a nice way. Hospices in those days were a very new concept and I thought it would be like hospital but it wasn’t. I was surprised to find nothing was too much trouble for the patients and it was not a case of ringing a bell and waiting for ages for someone to answer it; someone was always there, whether it was a member of staff or a volunteer.

One of the nice things about volunteering is that not only is there quite a bit of interaction with the patients and their visitors, but we are offering help to free up the staff to give them more time to do what they do best. We weren’t there to just go round patting the bed and saying ‘there, there, dear; don’t worry’. We were actually doing practical things.

My routine in the morning, which was the shift I preferred, first thing in the morning I would start serving breakfast and then going round again with the newspapers, changing the water jugs, picking up the empty dishes. Then I used to help make beds, run errands for patients, help them if they wanted to walk to the bathroom – this was long before health and safety!

I once took a lady to Tesco because she had never been in a large supermarket before; she was thrilled!

Mid-morning we’d go round and serve the teas and coffees, that was before people had free access to tea and coffee in the restaurant. And then it would be taking orders for lunch and serving lunch and that was the end of my shift. I did that once a week in those days, I only do once a fortnight now.

Patients, they were a mixed bunch, some of them were dying but quite a few of them came in for respite care, and we got to know them quite well because they would come every few months. This has changed now there is better care available at home.

I remember there was a lady whose name I still remember but I won’t say, and she used to come in for respite every few weeks. She was incredible; she never complained, she carried on running her own business, and she was writing a book - we had long chats about it.

There was another who used to come in every few weeks and he and his wife were so lovely; we got to know them quite well, as well.

I do remember one of the very first patients. She had come in the first week quite ill. I remember she kept telling us she was dying, but she actually lived for quite a long time afterwards. She was absolutely terrified and she cried and cried and cried.

People did in those days, they thought if I go to the Hospice, that’s the end, I won’t be coming out again. But she was in and out often on respite care and after that first time, she relaxed. You can imagine your first time in the 1980s when the only thing you’ve heard about hospices is where people die.

I used to commute to London and I had the pressures of commuting as well as the job. Going into the Hospice was almost a relaxation for me because I didn’t have to worry about anything; I just went in and I did what I was asked to do. There is a basic routine, but patients come first so you don’t worry about the routine if a patient needs something. And that was so different from my every day job.

When I retired I’d got a bit of extra time but I didn’t want to do an extra shift on the ward, I wanted to do something else. I phoned up and said could I help in the library and the person I spoke to said ‘we don’t need anyone in the library but we’re desperately short at the bookshop in Frinton’. So I went and I absolutely love it. I just love books!

We’ve found some quite expensive books over the years. We once found £500 in a book but luckily it was a gift aided book so we knew who it came from and were able to get the money back to them. It was a bit of surprise! You quite often find family photographs in the pages as well; people use them as bookmarks and that’s quite interesting; sad as well, actually.

I’m not there at the moment because of COVID. I miss it. The shop and the Hospice of course are very different. I miss the interaction with the customers at the shop and talking about books and recommending books. And of course wherever you work you make friends with the other volunteers, so I miss the social side of it as well.

The other thing about not volunteering at the moment is that visitors are on a restricted basis, and sometimes it’s the visitors that you can help most because the patient is so ill and they’re being looked after and it’s nice for the families to have someone to talk to for some normality.

People sometimes go into the shop for company sometime too, and some people are supporting St Helena Hospice because someone they know has died so you have to be sensitive to that.

I miss going to the Hospice too; it’s been part of my life for such a long time. During my time there I too have been bereaved and the Hospice has always been very supportive.

Similarly, whilst we are unable to volunteer at the moment, they are very good at keeping us informed about what is happening. I miss seeing the patients and being able to help.

I can honestly say that volunteering for St Helena Hospice is very rewarding and I think I get as much from the experience as I give. 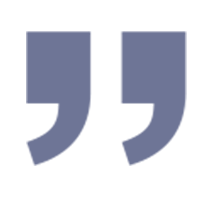 After we supported ‘A’, his wife wanted to help reassure people who may be in need of support from St Helena too.

Staff and volunteers at St Helena Hospice work throughout the festive period to help its patients make extra special memories with their loved ones.

A sprinkle of love and a dash of laughter

After doctors told her to gather her family together to say goodbye, Julie Newton was determined not to spend her last days in hospital.

Open Up Hospice Care: Little things make a difference at the hospice

St Helena is joining with other hospices across the UK this month to support Hospice UK’s Open Up Hospice Care campaign.